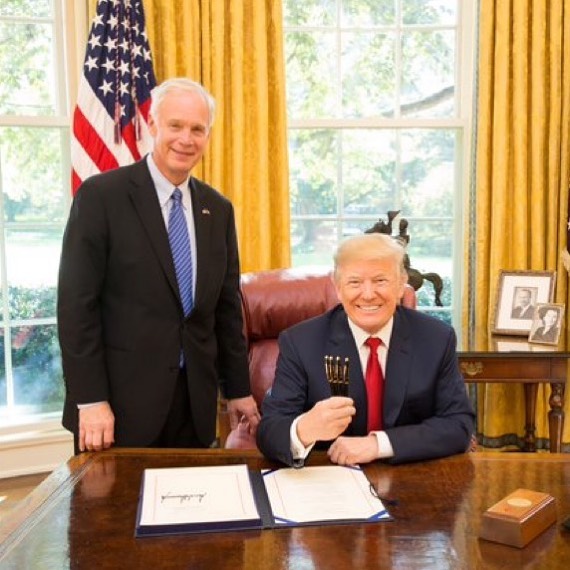 Wisconsin Sen. Ron Johnson has been an outlier in his swing state for much of the last several decades.
Though the country has been closely contested — Joe Biden narrowly beat Donald Trump from the Badger State at 2020 — Johnson has thrown out space as one of Trump’s most fervent backers and among those Republicans most ready to embrace wild conspiracy theories about the 2020 election along with the January 6 riot that followed.
Actions have consequences. Embracing that sort of stuff isn’t forgotten — or, as Johnson’s cease in a Juneteenth rally this weekend revealed, forgiven.
“On Saturday, during an otherwise joyful celebration of Juneteenth Day at Milwaukee, U.S. Sen. Ron Johnson created an appearance at a Republican Party booth.
“Johnson told me his expertise interacting with attendees were generally positive, except for one horrible remark’
However, as more folks recognized him, he had been chased out by a chorus of boos. Members of a growing crowd swore at him and said, ‘We do not want you ‘”
The best part? Johnson told me that the boos were”not the way you heal the country,” and added: “You come down here and attempt to socialize with people and be wonderful to people. But this is not very nice, can it be?”
Not Good! 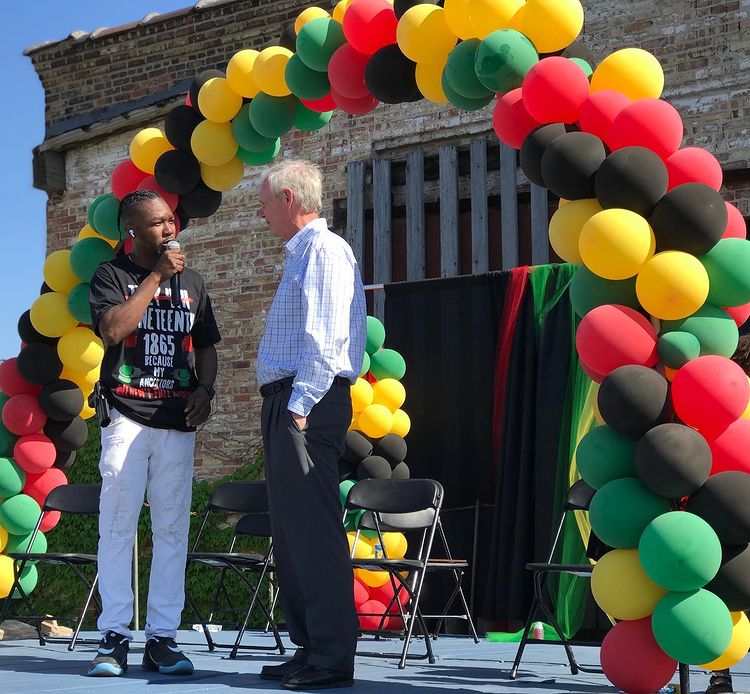 Here are a few reminders of what Johnson has stated over the past couple of weeks:
* He cried the concept that Speaker Nancy Pelosi (California) pushed the impeachment of Trump too, and hide the character she performed on January 6.
* At a congressional hearing, Johnson pushed the notion that the January 6 insurrection had been, broadly speaking peaceful protest, with a few bad apples.
And here’s Johnson at March in a meeting with a conservative talk radio host:
“Even though those tens of thousands of people that were marching to the Capitol were attempting to pressure individuals to want me to vote the way they desired me to vote, I knew those were individuals who love this country, that really respect law enforcement, could never do anything to break the law and so I wasn’t concerned…
“… Now, had the tables been turned — Joe, this could get me in trouble — had the tables been turned, along with President Trump won the election and these were tens of thousands of Black Lives Matter and Antifa protesters, I could have been somewhat concerned.”
Thus, Johnson might have been concerned if the audience on January 6 was predominantly Black instead of predominantly white? Um, OK.
The fact that Johnson was surprised — and, quite obviously, angry — by the reaction he received in the Juneteenth celebration tells you all that you will need to understand about the way out-of-touch he’s using the electorate in Wisconsin.
And increases the chance — as I did at a piece earlier this month that Senate Republicans might have a better probability of winning the seat next November if Johnson decides against seeking a third term. (Johnson has hemmed and hawed about whether to run for weeks; “I don’t feel any tension to make that, really, anytime soon,” he said in early June.)
Of course, Johnson’s record of contentious comments has won him one prominent admirer: Trump. “He has no idea how popular he is,” the former President said before this season. “Run, Ron, Run!”
The difficulty for Johnson is that Trump does not vote in Wisconsin. And should the reception the incumbent got during the weekend — from real Wisconsin Republicans — is some sign — he might be in for a quite tough race if he decides to operate it.