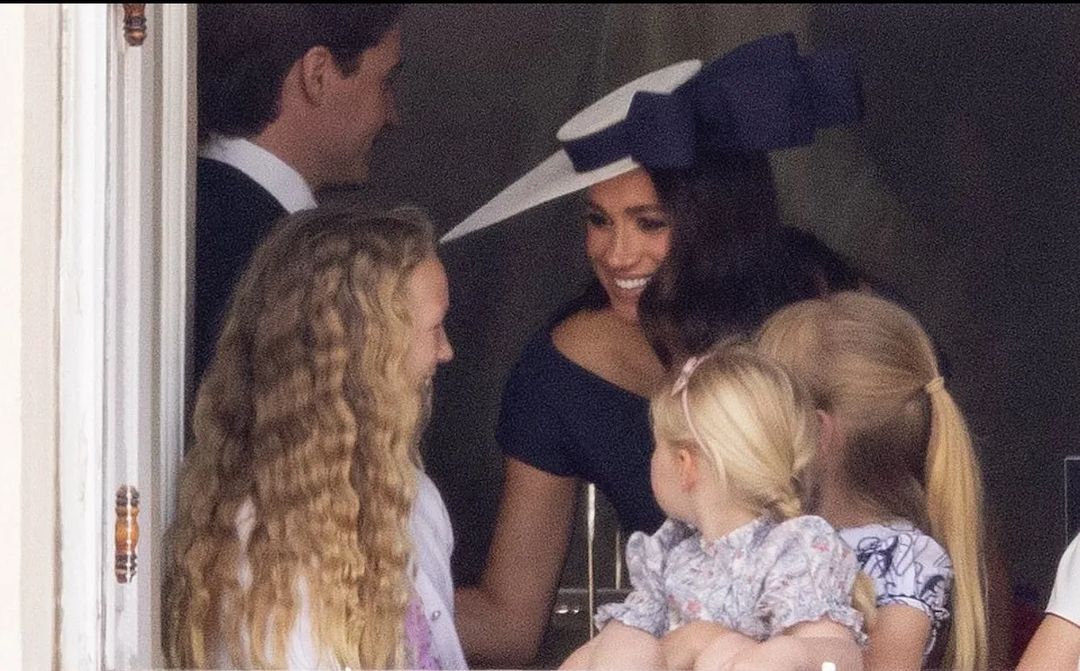 Meghan Markle and Prince Harry got everyone’s attention with their astonishing first appearance at the Queen’s Platinum Jubilee on Thursday.

The Duke and Duchess of Sussex, who showed up in the UK on Wednesday with their youngsters Archie and Lilibet, joined the illustrious family for Trooping the Color.

The Sussexex, who didn’t show up close by the Queen on the overhang, watched the birthday march for Queen Elizabeth from the Major General’s Office, which disregards the Horse Guards Parade.

The couple partook in the minutes with the different youthful royals at the Palace, including Zara Tindall’s children Mia, 8, and Lena, 3, and Peter Phillips’ little girl Savannah, 11.

Meghan and Harry, who was seen visiting with the Duke of Kent and at one point shushing the disorderly imperial messes with himself — have showed up along with the regal family in over two years.

The Duke and Duchess of Sussex showed up in March 2020 for Commonwealth Day as true working royals.

The Duchess looked crushing as she wore a deviated, wide-overflowed Stephen Jones cap with a curiously large naval force bow and planning naval force dress, while wore a blue suit as opposed to stately dress as he has previously.

The Queen recently reported that main senior working individuals from the illustrious family will be remembered for the gallery appearance. Harry and Meghan moved away from imperial obligations in January 2020 and have since moved to Montecito, California.

Prior on the day, the Cambridge youngsters — Prince George, 8, Princess Charlotte, 7, and Prince Louis, 4 — made their carriage debut at Trooping the Color. Afterward, Louis got everyone’s attention with his expressive jokes on the overhang.