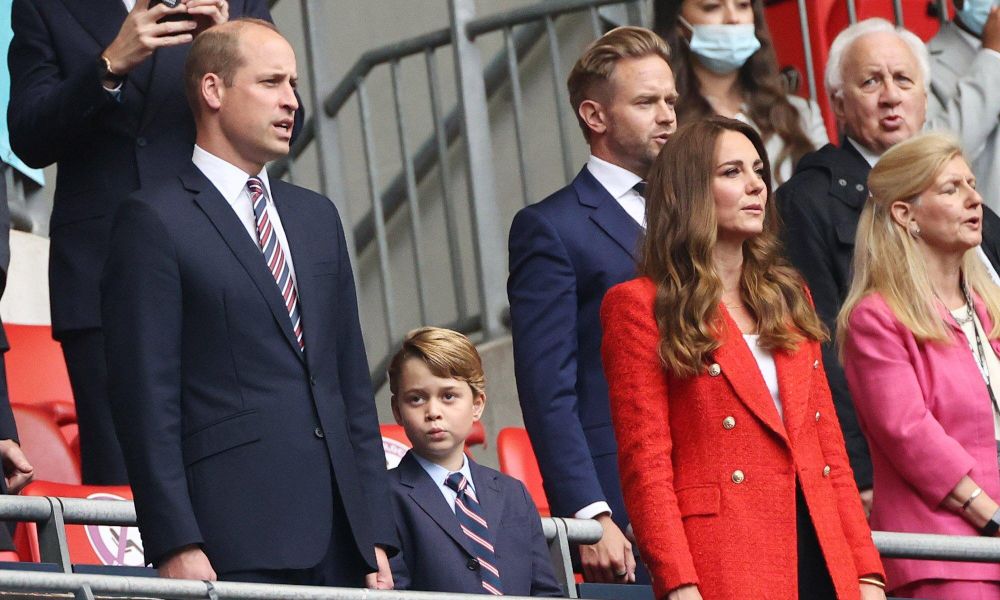 Prince George begged Prince William, according to a royal expert, to take him to see England play Germany at the European Football Championship.

The seven-year-old royal made an unexpected appearance at Wembley Stadium last week, along with the Duchess and Duke of Cambridge, both 39. 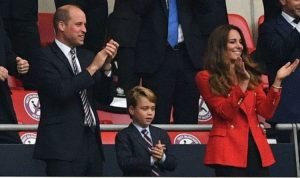 George was thrilled to be there, as he only ever steps out of the spotlight with his parents occasionally. He enjoyed his first England match, while Princess Charlotte, his sister, and Prince Louis, his brother, most likely stayed home.

Duncan Larcombe now says that the little prince was determined to go to the match with his dad, telling OK! : “George idolises his father. We saw him in his suit, looking smart and dressed like William.

It has been confirmed that Prince William and Kate will be attending the Euro 2020 final match on Sunday. However, it is not known if George, who has been called ‘football mad’, will also join them to watch The Three Lions play Italy at Wembley.

According to the royal expert, George is George’s hero. He said: “William wouldn’t normally take him to the football because it’s an official outing in the FA presidency, but George begged to be allowed to go along.

He claimed that the little royal, whom he called a ‘pretty big character’, had ‘twisted his parents arms’ and added: ‘That is why Kate came. So that when William had met all the dignitaries George could stay with them.

The oldest Cambridge sibling, who shares the name of the patron saint, watched as Germany fell to the Three Lions, winning 2-0, thanks to goals by Raheem Sterling and Harry Kane.

The Duke and Duchess of Cambridge took to Twitter to praise the team’s “incredible performance” after the win at Wembley Stadium.