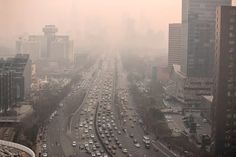 This month marks 65 years since the UK’s 1956 Clean Air Act, the law that followed the coal-smoke smog that killed thousands of Londoners in 1952. What did it get right, what did it get wrong, and what can we learn to help with today’s air pollution?

First, air quality actions can work if they are sufficiently bold. Take Beijing. In the four years after the Olympics, targeted actions reduced particle pollution by 35% – a huge air pollution improvement. But we tend to dismiss this as something that could not be achieved with our political systems. It can. London’s particle pollution dropped by 67% in the 10 years after the 1956 act. Between 2017 and 2019, the central London ultra-low emission zone decreased nitrogen dioxide from traffic by more than 36%. 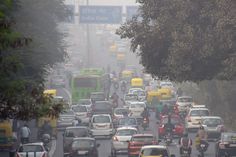 Second, effective actions require public understanding and political leadership to enable solutions. The 1956 act did not set the type of limits on the quality of air we debate today. Instead, it designated problem areas, empowered actions and backed these up with money, including grants to householders to rip out polluting boilers, fireplaces and ovens. The fastest action happened in London, where recurrent and obvious smogs killed thousands of people through the 1950s, and in areas with the greatest amounts of bronchitis.

However, progress on smoke control outside London was sometimes slow. It was hampered by a lack of political priority and money in local councils, confounded by vested industrial interests and poor understanding of the impact of the problem.

Also Read: Scott Morrison says hotel quarantine has been 99.9 per cent successful. Is that correct?

Third, laws need to be updated as our knowledge improves. While the 1956 Clean Air Act focused on coal smoke, and apparent successes were celebrated, increasing traffic exhaust was largely ignored for the next 30 years. Overlooked sources today include wood-burning fires and stoves, pollution from tyres, brakes and road wear and ultra-fine particles from airports.

Fourth, we need to control air pollution at source and not focus on one pollutant at a time. Rather than reduce sources of sulphur pollution, the 1956 act relied on building taller factory and power station chimneys to spread the pollution further.