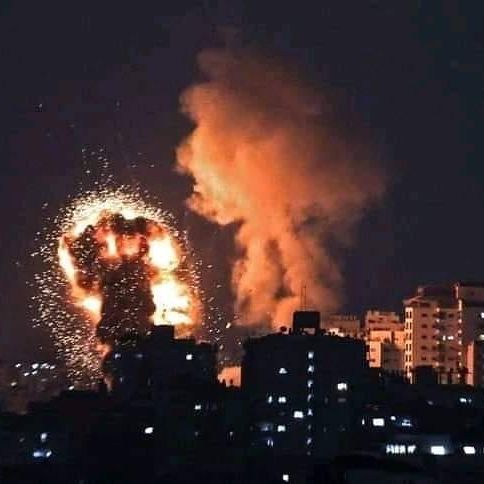 House Speaker Nancy Pelosi called Tuesday for a cease-fire in the Middle East, ratcheting up pressure on the Biden administration to intervene more forcefully to help end the deadly battle between Israel and Hamas.

“Hamas exploited a volatile position to commence hostilities against Israel, launching more than 3,000 rockets, and as always, Israel has a right to defend herself,” Pelosi said in an announcement.

“Now, after over a week of hostilities, it has become even more evident that a cease-fire is necessary,” she said. “There must be a serious attempt on the part of both parties to end the violence and respect the rights of both the Israeli and Palestinian people.”

President Joe Biden voiced his support for a cease-fire on Monday at a call with Israeli Prime Minister Benjamin Netanyahu but hasn’t insisted on one publicly.

Defense secretary urges Israel against earth invasion
Behind the scenes, top Biden administration officials — such as Defense Secretary Lloyd Austin — have urged Israeli military leaders to not escalate the conflict by launching a ground invasion, according to a person familiar with the issue. This individual explained the White House has been deeply concerned that would result in a protracted weeks-long effort.