Opinion: I was once an elite athlete. Simone Biles’ struggle is understandable 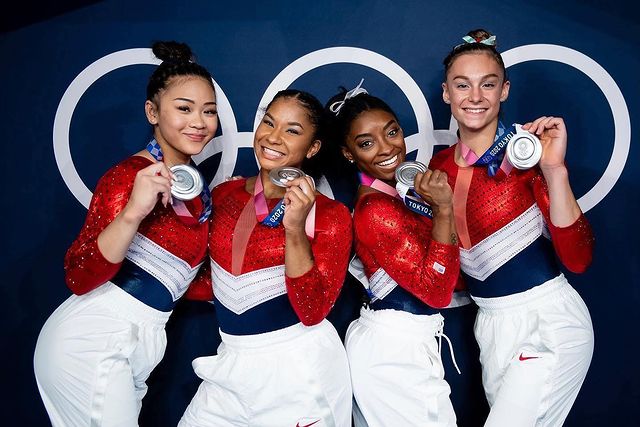 Simone Biles was the greatest gymnast of all time and made a pivotal decision on Tuesday. She pulled out from the finals team competition to ensure her health and well-being. Her team won silver while the Russian team took gold. She told members of the media: “I’d just never felt like this competing before and I tried to go out there and have fun… but once I came out here, I was like: No, the mental’s not there, so I just need to let the girls do it and focus on myself.”

Biles posted earlier on Instagram that she felt the “weight” of the world on her shoulders. She showed signs of strain during her latest performance. But, along with all the achievements and medals she’s acquired during her legendary career, this moment — the best in the world putting her mental wellbeing first, saying openly “It’s been really stressful these Olympic Games” may be her most defining one, showing others the importance of self-care.
With the pandemic adding uncertainty and stress to the Olympics, Olympic athletes face higher expectations and less support. They are now competing with much more pressure and without the support of their family and friends.
Pandemic and mental health problems are not mutually exclusive. Becca Meyers was a paralympic swimmer, deaf and blind, who pulled out of the Games because her request to bring her mother for personal care assistance was denied. She said that the decision “tore” her apart. She used these words to describe her feelings: “I’ve always been Becca, the swimmer, and not Becca, the deaf-blind individual.” Now I feel completely worthless as an individual. It’s hard to believe that someone who has trained for five years, and even more for the pandemic, can feel like this is all for nothing.
After facing harsh criticism over the withdrawal, the US Olympic and Paralympic Committee (USOPC) issued a statement defending the support it’s providing to athletes during these Games: “We take pride in being the best-prepared [national Olympic committee] and [national Paralympic committee] in the world, and that includes supporting all athletes as they navigate the excitement, and complexity, of the Olympic or Paralympic Games.” 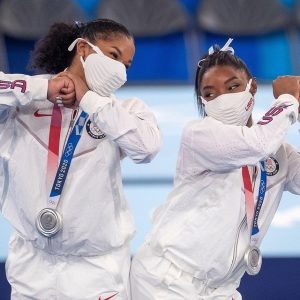 I competed internationally in wheelchair track, fencing, and cross-fit events. As a top-performing athlete, you are expected to be a “superhuman” — physically and mentally. Mental health was a major concern for me. I was a wheelchair racer and road racing competitor, which is a predominantly white sport. I was misunderstood as the only Asian girl to compete nationally for many years. This led to microaggressions that lasted many years. As a student-athlete, I had to deal with harassment and racial tensions on campus. Many of us also pushed for the removal of a racist mascot which was a cartoon of an Indigenous Illinois tribe.
I understand the concern and disappointment that can arise from not being able to continue with at least two practices per day, six days per week for another year. After being in a car accident in 2003, and suffering from pneumonia in 2004, I was unable to qualify for 100 meters. I knew I wouldn’t make it to the Paralympic Games in four years. After a bad surgery, I was forced to retire early. Like many retired athletes, it took me years to recover and find a new way.
Many Paralympians and Olympians are facing unprecedented mental health problems due to the pandemic. However, their struggles highlight a larger problem in elite sports spaces regarding mental health and insufficient support systems. A pre-pandemic study showed that up to 34% of elite athletes struggled with anxiety and depression, with 19% self-medicating with alcohol. That’s significantly higher than among the average population.
Although governing bodies have made some efforts to address the problem, such as providing webinars and creating mental health toolkits for athletes, and offering free subscriptions to apps that help with mental health, many of these efforts fall short of the mark. To ensure that athletes have access to basic care, governing bodies need to expand their mental health divisions. They should also provide more information on how athletes can get help. They should also be sensitive to sexism and racism, providing basic training and external resources for coaches, trainers, and athletes.
In elite sports, mental health problems have been a long-standing problem. The documentary “The Weight of Gold” about Michael Phelps, a gold medal swimmer, reveals the mental strain that high-level competition can cause. The focus of coaches and trainers is often on physical performance. The tools are provided to athletes for them to learn about sports psychology. But other mental health issues, such as anxiety, eating disorders, or even “post-Olympic depression,” take a back seat. When athletes, especially athletes of color, have mental health problems and openly address them, they could be excluded and punished.
Naomi Osaka withdrew from media availability at the French Open while suffering from anxiety and, after being punished by organizers, left the competition entirely — earning criticism from luminaries in her sport. She has continued to write openly about her struggles with depression and anxiety and will be representing her home country of Japan in the Games. More recently, Sha’Carri Richardson was banned from competing in the upcoming Olympics after testing positive for cannabis, which she said she used to cope with in the aftermath of her biological mother’s death.
As a result of situations like these, many athletes may choose not to disclose their struggles, which can lead to disastrous consequences, including self-medication and suicide. Athletes of color are facing the added burden of racist expectations of perfection amid the numerous racial reckonings that have boiled over in the last few years.
In one study alone, 78% percent of athletes of color reported some form of mental health issue — and yet only 11% percent utilized mental health services. If athletes are afraid of being stigmatized or losing their agency or privacy, the governing bodies and institutions that take measures to improve their mental health will not be of much use. The United States Olympic & Paralympic Committee’s CEO, who released a statement Tuesday supporting Biles’s decision to “prioritize mental wellness above all else,” uses a mental-health decision tree. It urges coaches and trainers “concerned there’s immediate danger to athletes or others” not to dial 911, but to deescalate and connect with local mental health professionals. This could increase the risk of Black and brown athletes being violently interacting with police. Athletes may also fear hospitalization: A study on the effects around fear of hospitalization showed individuals with mental health issues were less likely to be compliant with treatment.
Also Read: Simone Biles resigns as a woman’s team gymnast at Tokyo 2020 Olympics
All elite sporting organizations need to be more proactive in dealing with mental health issues for athletes throughout their careers and afterward. Trainers and coaches need to be more educated about how to create safe and healthy environments that promote mental wellness. Access to basic mental health services should be free for athletes. Athletes need counseling and guidance to help them deal with post-game concerns and post-retirement depression.
We need to pay attention to these athletes who are emerging as leaders in their own right. Osaka said, “It’s OK not to be OK.” Biles stated, “We’re going take it one day at a time.” Elite athletes must have the ability to seek out help when they need it, and that help is readily available when they do.