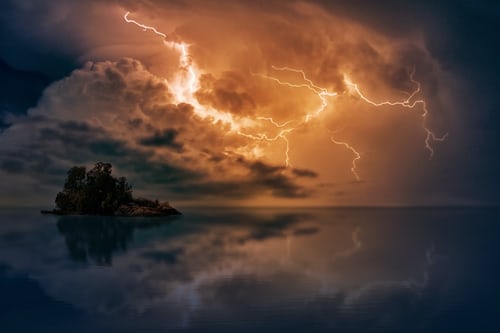 According to The Hill, a 13-year old boy died on Thursday while six other children were hurt when they were struck by light at a Bronx Beach.

Police stated that authorities received a 911 call Thursday night about an “inconscious male” at Orchard Beach on the western end Long Island Sound.

“Upon arrival officers encountered 7 persons (41-year old male, 33 year-old woman, 14-yearold male and 13-yearold female), who were struck by lightning at the beach,” The Hill shared a statement from the department.

Police stated that all seven victims were transported to hospitals by first responders. The boy, aged 13, was then declared dead at Jacobi Medical Center.

“The remaining injured were listed as being stable,” NYPD stated, noting that “investigation continues.” 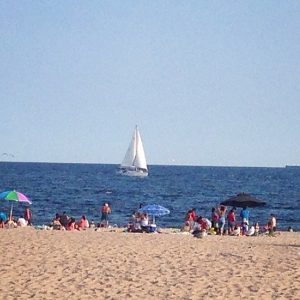 The teen’s father, Jeffrey Ramos, told on Friday that he was “grieving for my son’s loss.”

Ramos stated that his son’s death was “just crazy”, noting that it occurred less than a week after the twin sisters and boy celebrated their 13th wedding anniversary.

According to reports, the boy was staying with his mother in New Jersey at the time of the lightning strike. He was also visiting his father in Bronx.

Others from his family and friends expressed shock at the Times’s news. They described him as a fun-loving teenager who loved basketball and wanted to be a comedian when he grew up.

A 13-year old girl also shared that she remembers falling asleep and then waking up in an ambulance. While trying to run from her family, she was accidentally injured.

Also Read: Texas judge says parents whose kids need an ICU bed will have to ‘wait for another child to die’

She said, “A large lightning bolt just hit me in front of my face and I was knocked out.” “Then, I started shaking and blood began to come out of my mouth.”

The lightning was described by the girl as “a little tingle, it really did hurt a lot.”

She added, “I feel fortunate because Jesus revived my soul.”