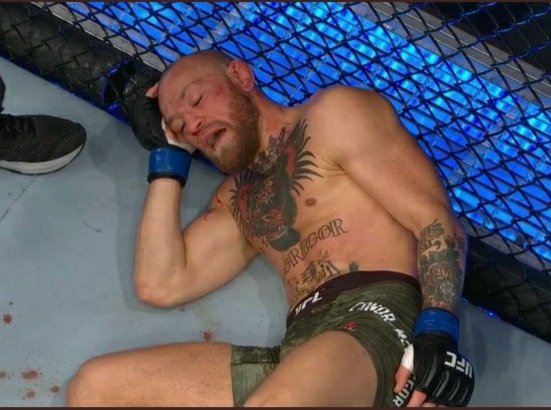 In the last conference, a boy questioned Conor McGregor. He said: “This question for Conor. Conor in the buildup to the last fight you are unusually kind to dustin. Now on fight week, it’s the exact opposite. So where that switch have”

During the question, the American Mixed Martial Artist Dustin Poirier utter the question and said:

“Because he got knocked the fu*k out. Not McGregor fast, McGregor sleep”

This statement is referred to the match Conor McGregor vs Dustin Poirier II when Dustin knocked Conor out and at the moment of the knockout, Conor was in a sleepy position. That moment was caught up on camera and is the Meme and funny thing to share for the Dustin supporters.