Miranda Lambert Is Dropping a New Song to Celebrate ‘Queer Eye’ Season 6: Get a Sneak Peek 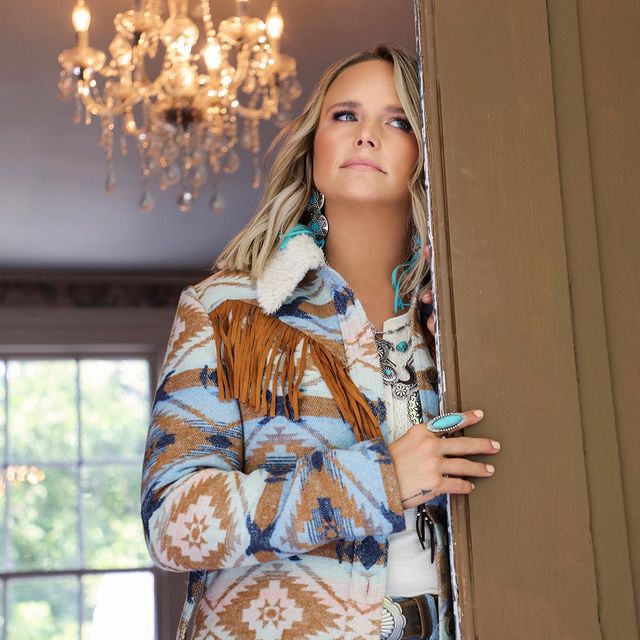 Miranda Lambert is celebrating her Texas roots as well as her roots in the LGBTQ+ community with her new single, “Y’all Means All,” which she wrote in celebration of the six-season of the Netflix show Queer Eye. The show and the track will be on this Friday, Dec. 31.

“Here’s one final surprise for you this year! A new song , ‘Y’all means All” will drop on December 31st to celebrate the start of Season 2 of @QueerEye, which was filmed across Texas!” Lambert shared on Instagram.

The show also provided an initial taste of the song in the trailer for season 6 on Instagram with a teaser message, “get a sneak peek of @mirandalambert’s new song in our trailer before you can hear it on Friday.”

In the year 2019, Lambert, her husband Brendan McLoughlin, Lambert’s brother Luke and her husband were part of in the World Pride parade held in New York City.

In the identical year Lambert stated to the Pride Source about her support for her brother Luke when he was to the public as gay. “I am with him 100% in everything he does. He’s a genius and the most incredible person. He’s also just truly real. As a child in the same family but we’re totally different. He has no accent. He doesn’t particularly like the country music, however the man did phone me to inform me that he loved the album, which was much for him. We were raised in the same home however, we were raised differently, as I’m pretty definitely a country girl in spirit, and he has a home in Austin and is a lot cooler than me.”

As part of the course of an interview this year with GLAAD, Lambert discussed making the video for “Tequila Does (Telemitry Remix),” that includes McLoughlin and his brothers along with Luke as well as many other individuals from that LGBTQ+ community.

“I feel like as a country artist, I get to lift them up and stand on that platform with them and it makes me so happy,” Lambert stated. “The fact that all of our friends came together … it makes me proud and humbled and they’re so much fun.”

She also talked about supporting her LGBTQ+ community as a country musician. “I believe we’re experiencing a period of change and I’ve got so many things to discover. I’m always cautious. I always text my brother as well … I want to ensure I’m saying the right words,” she shared. “I am aware that I’m not educated and I’m full love. Therefore, if I say wrong things or use the correct language It’s only from the place of me trying to improve my knowledge … I’m trying to learn and figure out how I can be a part of the transformation and a part of the community while remaining the same person I’ve always been as an artist over the last 20 years. I can’t imagine a reason why these worlds shouldn’t be able to coexist. I’m vocal about issues I am passionate about.”