Leo Messi Officially Announced To Be The Brand Ambassador of Hard 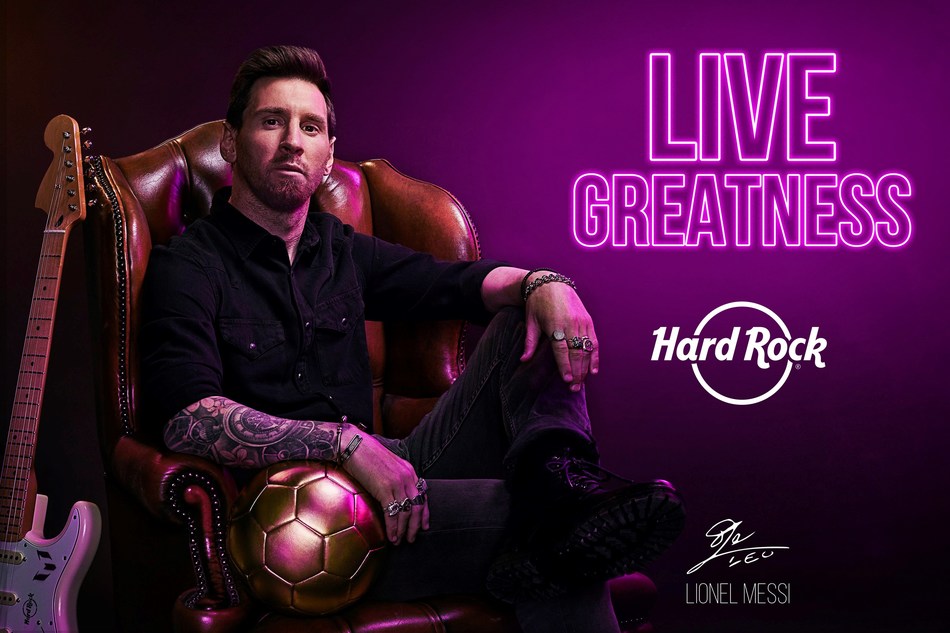 Hard Rock International has marked its 50th-anniversary celebration by singing FC Barcelona’s Leo Messi as its new brand ambassador for the five next years, with the Argentinian becoming the first athlete to partner with Hard Rock.

As part of the new partnership, Hard rock has unveiled a new collection of merchandise inspired by Messi, available in all its stores and online shops.

The partnership harkens back to Hard Rock’s roots, as the brand’s world-famous T-shirts came to fruition when the original London Cafe sponsored a local soccer team in the early 1970s. The team’s T-shirt featured the Hard Rock logo. The extra shirts were returned to the cafe and given to loyal customers. Eventually, the restaurant had to set up a separate concession stand to handle the growing popularity of t-shirt sales. To this day, Hard Rock’s Classic T-shirt remains an integral part of the brand’s identity.