Lawmakers warn of growing threats to US satellites from adversaries 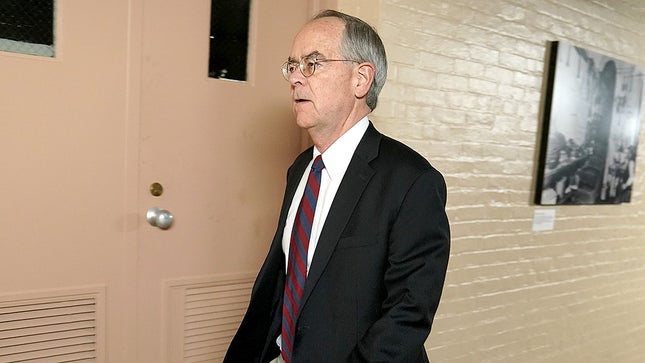 Bipartisan legislators on Tuesday cautioned of developing dangers to U.S. satellite frameworks and the need to defend them from enemies

“We are so subject to space for all that we do in our day by day lives, we truly have no clue. It’s difficult our TV, our web, it’s our ATMs, our banking, all types of web and correspondence,” said Cooper, director of the House Armed Services Subcommittee on Strategic Forces.

“Progressively, rival countries are taking a gander at methods of taking out our satellites. Up to this point, the space resources we have been unprotected and we didn’t fear for them by any stretch of the imagination. Presently different countries are spending a huge number of dollars to attempt to foster abilities to obliterate our satellites in that disagreeable space,” Cooper revealed to The Hill’s Steve Clemons.

Rep. Mike Turner (R-Ohio), the ranking member on the strategic forces subcommittee, said the U.S. is taking steps to guard against any attempt to sabotage satellites.

“We’re working diligently to both strengthen our space assets and to respond to what our adversaries are doing. It’s been widely publicized that Russia and China have both tested systems that would attack satellites and would destroy them. We need to make certain that we can sustain our space capabilities,” Turner said

Vice Adm. Jon Hill, director of the Missile Defense Agency, who also spoke at the event sponsored by Raytheon Missiles and Defense, said a strong presence in space is needed to provide tactical advantages.

“Space really is an answer and it does close the gap in a geographical sense of where the threats are coming from and may be traveling,” Hill said.

“Being able to look down from space and have a global view becomes critically important and that’s recognized, not just within the Missile Defense Agency, but within the services as the future area for investment and we are moving smartly in that direction,” he said