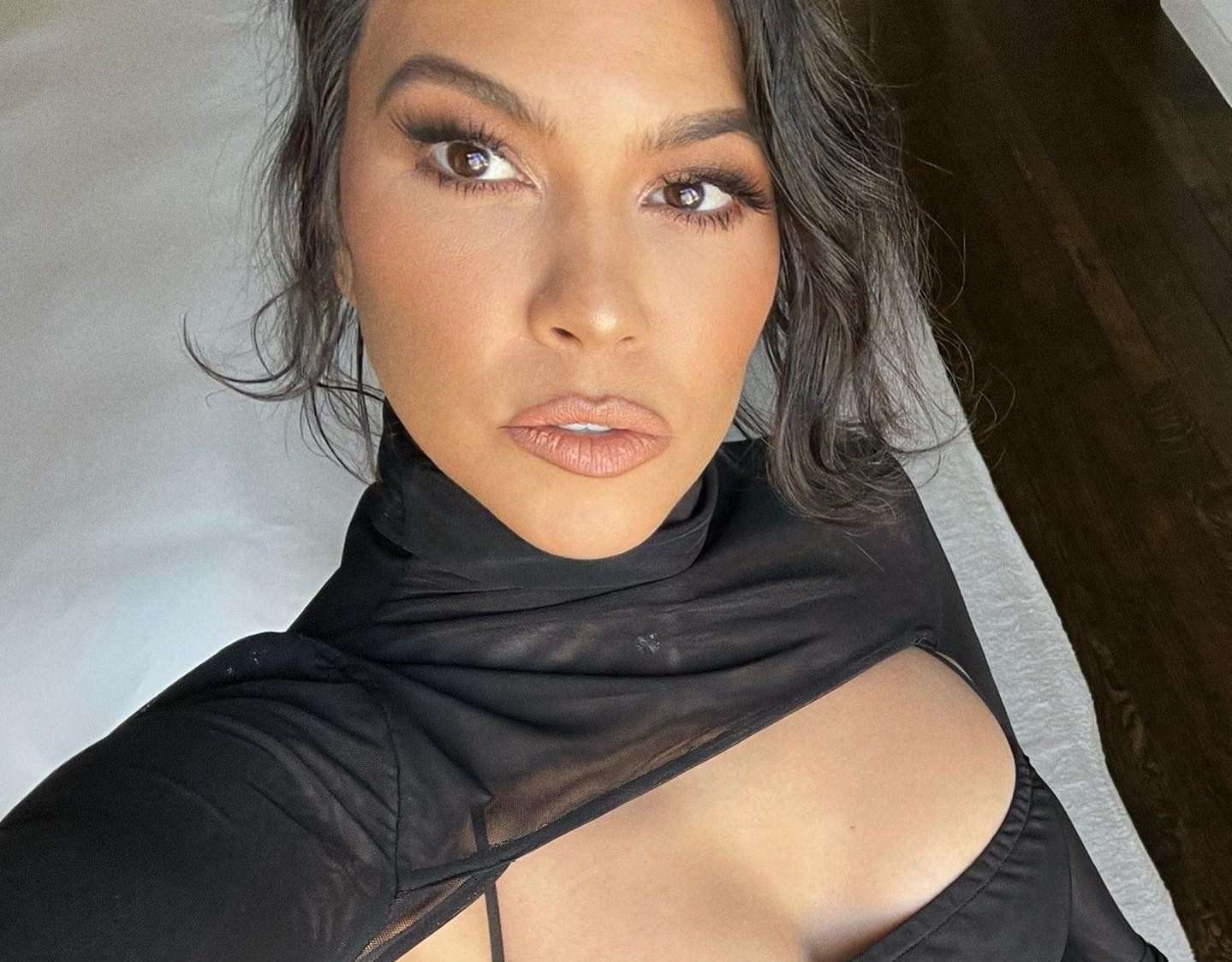 Kourtney Kardashian has posted some behind-the-scenes pictures of herself wearing a stunning black dress and has been taking the internet by storm.

The The Keeping Up With the Kardashians former star, 42, posted on Instagram to post a few photos of her in a brand new outfit as she worked on the family’s brand new mainstay Hulu reality show, The Kardashians debuting on the steamer on 14th April.

In reference to the classic KUWTK line from the episode of season 3 Free Khloe, she wrote “Kim would you stop taking pictures of yourself, your sister is going to jail.”

In the pictures Kourtney dressed in a black and sheer turtleneck, which was cropped to the top of the chest, paired with a slim skirt and high black leather stilettos.

The Poosh creator also showed an entire film team behind the images as cameras are running on her famous family film’s latest venture.

The announcement was made earlier on the date with a teaser, which was uploaded on Instagram with the video.

“The family you know and love is here with a brand new series, giving an all-access pass into their lives. Kris, Kourtney, Kim, Khloe, Kendall and Kylie bring the cameras back to reveal the truth behind the headlines,” the synopsis states. “From the intense pressures of running billion-dollar businesses to the hilarious joys of playtime and school drop-offs, this series brings viewers into the fold with a rivetingly honest story of love & life in the spotlight.”