Kenneth Kaunda, Zambia’s first president was buried amid controversy about the site 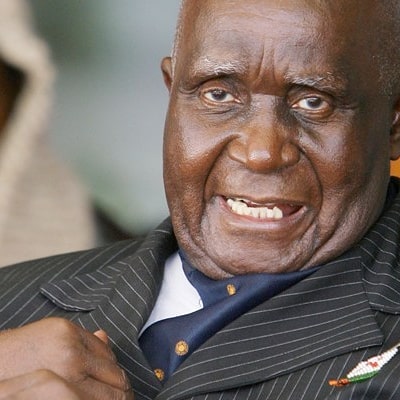 Under ongoing controversy about his burial place, authorities in Zambia conducted a state funeral Wednesday.

Kaunda’s funeral arrangements were the subject of a court challenge. The Zambian government announced plans for interring the nationalist at a presidential cemetery in Lusaka. This was against the wishes of some relatives.
Kaunda’s son Kaweche claimed that the government’s plans to bury his father at a presidential gravesite were against the wishes of the African statesman.
He claimed that Kaunda wanted to be buried at his residence next to his wife Betty.
Abraham Mwansa, the government solicitor-general, stated Tuesday that no court order had been served against the state’s planned burial at the presidential spot.
On Wednesday, the funeral took place at Embassy Park, a national monument site. President Edgar Lungu was present.
Kaunda was Zambia’s first president for 27 years. He is remembered for his fight for independence.
His office reported that he died June 17 at the age of 97 after being treated with pneumonia.
After the declaration of a 21 day period of national mourning, Kaunda’s casket moved about the country to allow the public to pay their respects.
It is not known if Kaunda will be exhumed following the state funeral or reburied according to his wishes.
Officials from Zambia have denied that there were any disagreements with Kaunda’s family about his burial. According to local media reports, “>