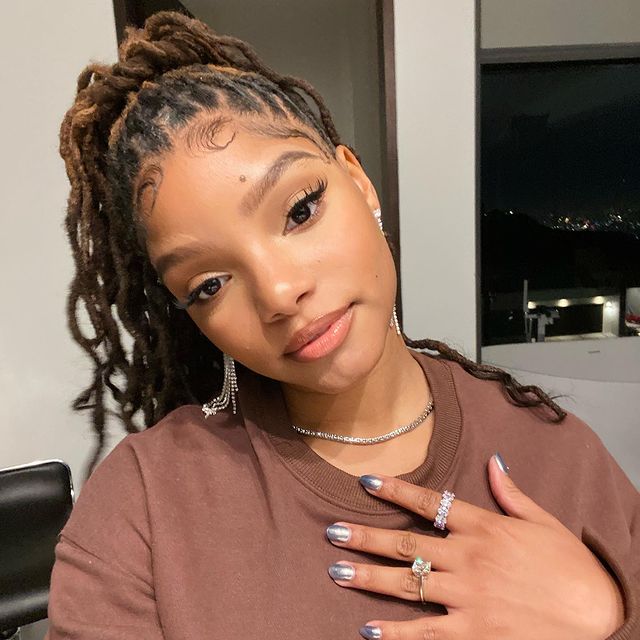 It’s Chloe x Halle‘s world, we’re just living in it. And that “we” includes Radiohead, apparently. In a refreshing crossover moment, Halle Bailey, who is mostly known for her work in the R&B genre — oh, and for starring in the soon-to-be-released live action remake of The Little Mermaid — delivered a great indie cover on TikTok recently, revealing her love for Thom Yorke and co.’s best-known song, “Creep.”

my version of creepppp this song was in my head all day i had to sing it to get it out ! 🥰🤣

While seated on her own with an electric guitar Halle performed a stripped-down version of the track that showcases her impressive voice and a soaring voice that is accompanied by trills and flourishe that the majority of artists who perform on this cover would never do. The best part comes when she gets into the unspoken vocals Yorke uses to accompany the breakdown of the song although her rendition differs from hers but it’s certainly on the same level! “My version of creepppp this song was in my head all day I had to sing it to get it out !” she captioned the video.

Kudos for Halle for demonstrating her ability to create songs of all sorts of genres. Perhaps we’ll hear more indie-inspired songs in the course of the festive season? I’d love to hear her cover certain Killers who’s melodies are perfect for female singers such as this recently-released Phoebe Bridgers mashup showed — or perhaps something from The Strokes?

But then again she did go somewhat indie earlier by reworking the Coldplay track “Fix You,” check it out below.

Next, Halle will make her big-screen debut as Ariel in the upcoming live-action remake of Disney’s The Little Mermaid, which wrapped filming over the summer and is expected to hit theaters in May of 2023.

Meanwhile, Chlöe has been busy launching her own solo career outside of making music with her sister, performing her debut solo single “Have Mercy” at the MTV Video Music Awards back in September