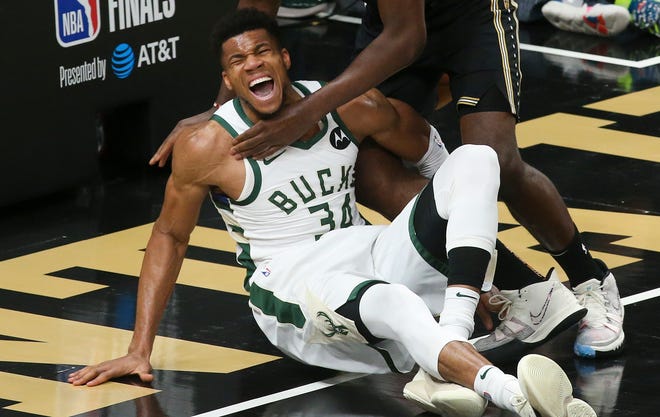 The Milwaukee Bucks had a way with less impediments once the Atlanta Hawks proclaimed point monitor Trae Young out for Game 4.

Then, at that point, a torrential slide of stones tumbled into that way when Bucks All-NBA forward Giannis Antetokounmpo folded in a store of appendages, shouting in torment and snatching his sprained left knee. 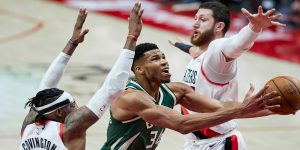 The bearing of a season finisher series can change in the time it takes for Antetokounmpo to hop and safeguard a Clint Capela back street oop dunk, get tangled in transit down and land clumsily.

Atlanta, which controlled the game beginning to end, crushed Milwaukee 110-88 on Tuesday, evening the Eastern Conference finals at 2-2.

Antetokounmpo missed the final 19 minutes, but the Bucks were in trouble with him on the court before the injury. The Hawks led 51-38 at halftime and were up 62-52 when Antetokounmpo sustained his injury.

It was just a four-possession game, but the Bucks had not displayed any indication they were capable of a comeback. They had a bad start to the game, were limited by Atlanta’s defense and had trouble slowing the Hawks’ it-takes-a-village approach without Young.

Bucks mentor Mike Budenholzer will address that during film meetings in Milwaukee on Wednesday.

The really squeezing point is Antetokounmpo’s accessibility for the rest of the series and past the gathering finals.