DOE Shines Brighter With Second No. 1 on Gospel Airplay Chart 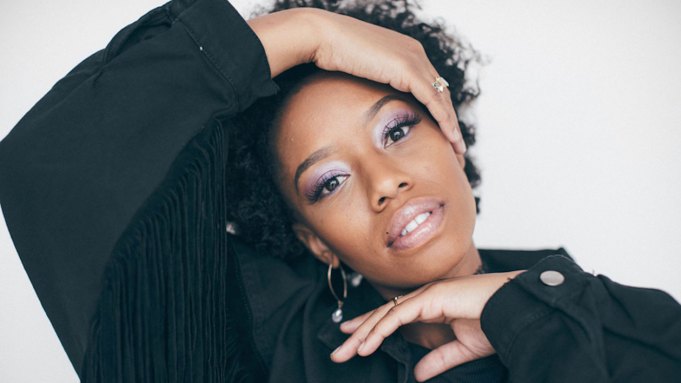 Dominique Jones’ new single “Brighter” shot to No. 1 on Billboard’s Gospel Airplay chart on Jan. 8, upping the song’s play count by 24% over its No. 5 debut on Jan. 2. DOE, who hails from Shreveport, La., broke out of his family’s group forever JONES in 2010 and immediately made a name for himself. His parent album, entitled forever JONES, hit No. 3 on the Gospel Airplay Chart.

The album features a wide range of talented artists from the Baltimore area. Lead singer April Hall performs “Simply The Best,” a song written by Jamaal Miller and Morgan Turner. In addition, Ryan Vincent Ford leads the soulful Gospel track, “You Are the One.” This song was written by Garland “Miche” Waller and features an a cappella chorale.

The song was nominated for two Grammy Awards. First, it received the Best Gospel Collaboration with Vocals Grammy Award. Then, it was named as the Best Country Collaborative Performance of the Year at the 30th Annual CMA Awards. Its video was filmed at the Warner Theatre in Washington, D.C. and aired on February 1, 2010. The single is available on Lifetime Network.

DOE’s sophomore album, My Savior, topped the Billboard Gospel Airplay Chart and was nominated for a Grammy Award for Best Contemporary Christian Album at the 2019 Grammy Awards. Its viral hit “You Say” dominated the Hot Christian Songs list for a record 132 weeks. The studio version of Tremble, the group’s live performance anthem, is also a No. 1.

The album was also nominated for Best Contemporary Christian Music Album, and was bolstered by the viral hit “You Say.” This song has also reached No. 1 on the Hot Christian Songs chart and has achieved multiple multi-platinum status. The studio version of the live performance anthem “Tremble” was released earlier this month. The song was nominated for Best Contemporary Christian Album by the Grammys.

The second No. 1 was achieved by the Powerhouse Fellowship Soul Choir. Its award-winning Christmas album partnered with the choir’s vocalist Shawn Cotterell, a rising star who has performed on a variety of television shows and in movies. The six-song EP by DOE is a gift that everyone will love! The album is set to be released in March 2021 and it has been certified gold and platinum in the US.