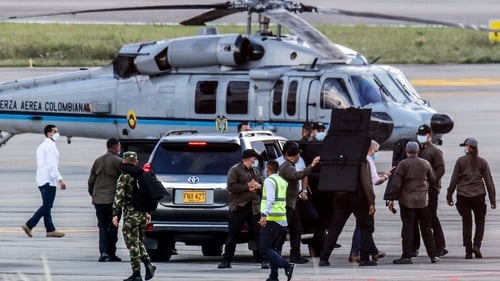 Gunfire struck a helicopter carrying Colombia’s president as it flew close to the Venezuela border. Along with the defense minister and interior minister and the governor of the province, President Ivan Duque flew towards Cucuta in the Norte de Santander region.

According to a spokesperson for the presidency, no one was hurt during the incident.

Mr Duque condemned the “cowardly attack” but said that he wasn’t afraid of “violence or terrorist acts”. 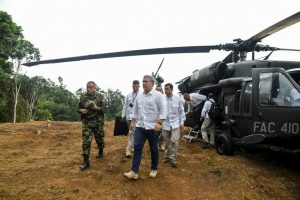 The Catatumbo region is home to the leftist National Liberation Army, (ELN), which spans the Colombian/Venezuelan border.

Also Read: Barrios and Davis displayed their weapons at open

The ELN was founded in 1964 in order to combat inequality in land and wealth distribution. It is Colombia’s largest rebel group, and is considered a terrorist organization by the US, Colombia and the European Union.

The ELN denies any involvement in the attack on a Cucuta military base with a car bomb earlier this month. The attack left 36 people injured, including two US military advisors.