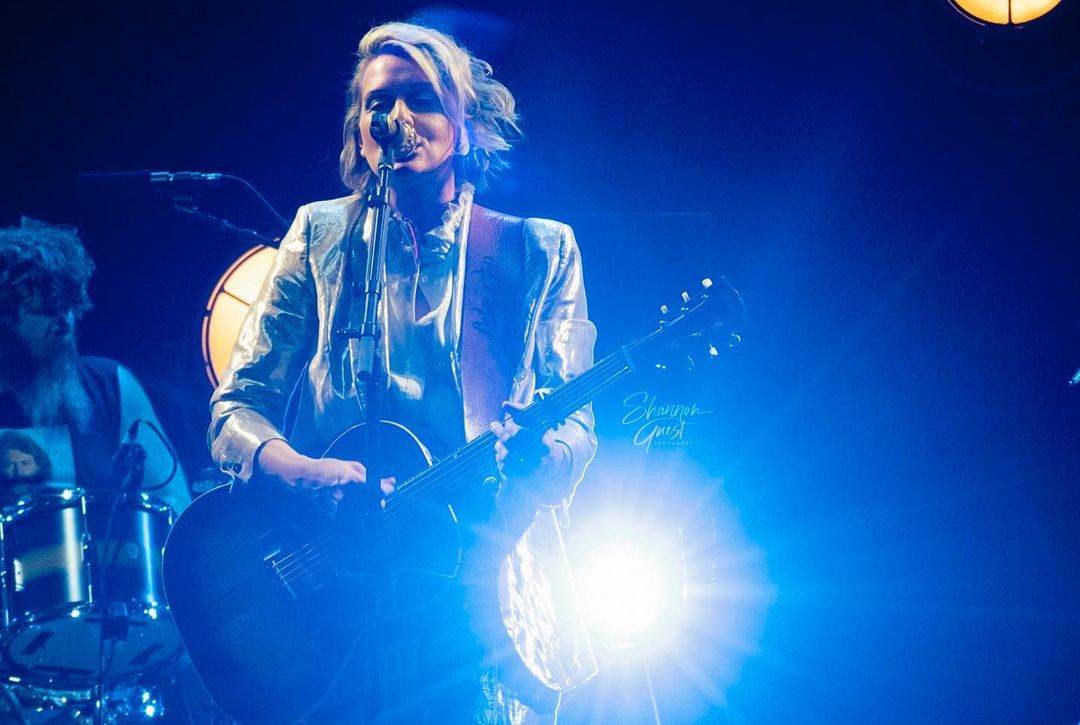 Dernst Emile II, better known as D’Mile, also has double nods for H.E.R.’s “Fight for You” and Silk Sonic’s “Leave the Door Open.”

Brandi Carlile is the principal female lyricist to land two Grammy gestures for melody of the year around the same time. She is designated for her own track “Exactly on schedule” and for “A Beautiful Noise,” which she recorded with Alicia Keys. Carlile and Keys co-composed the last melody with six other female journalists.

Carlile is one of two lyricists with two melody of the year gestures this year. Dernst Emile II, otherwise called D’Mile, additionally has twofold gestures for H.E.R’s. “Battle for You” and Silk Sonic’s “Leave the Door Open.”
The twofold gestures for Carlile were made conceivable by the Recording Academy’s development of the quantity of candidates in every one of the Big Four classes from eight to 10 this year. The Academy has affirmed that “Exactly on schedule” is one of two tunes that got a selection because of that last minute choice. (The different was the Doja Cat/SZA jewel “Kiss Me More.”)

This is the initial occasion when any lyricist or songwriting group has had two melody of the year designations around the same time starting around 1994. It’s whenever that two separate musicians first have achieved the accomplishment around the same time starting around 1979, when, attributable to ties, eight melodies were assigned in the classification. 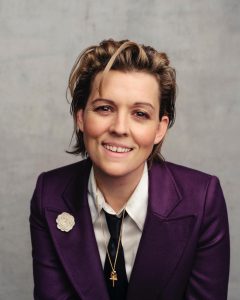 Last round deciding in favor of the 64th yearly Grammy Awards is in progress. Casting a ballot individuals from the Recording Academy have until Wednesday, Jan. 5 at 6 p.m. PT to project their polling forms. The victors will be declared on the Grammy broadcast on Jan. 31.

Here are each of the lyricists that have gotten two melody of the year selections around the same time. They are recorded backward sequential request.

2021—Brandi Carlile: The artist/lyricist is designated for her own track “Exactly on schedule,” which she co-composed with Dave Cobb, Phil Hanseroth and Tim Hanseroth, and for “A Beautiful Noise,” which she recorded with Alicia Keys and co-composed with Keys, Ruby Amanfu, Brandy Clark, Hillary Lindsey, Lori McKenna, Linda Perry and Hailey Whitters.

2021—D’Mile: The lyricist has twofold gestures for H.E.R’s. “Battle for You,” the Oscar-winning melody which he co-composed with H.E.R. also Tiara Thomas, and Silk Sonic’s right on the money ’70s soul flashback “Leave the Door Open,” which he co-composed with Christopher Brody Brown and the individuals from Silk Sonic, Bruno Mars and Anderson .Paak.

1994—Elton John & Tim Rice: The pair were nominated for both “Can You Feel the Love Tonight” and “Circle of Life.” They wrote both songs for the box-office smash The Lion King. Bruce Springsteen won the song of the year Grammy for “Streets of Philadelphia.

1983—Michael Jackson: MJ was nominated for both “Billie Jean” and “Beat It.” Both classic singles from Thriller reached No. 1

1979—Michael McDonald: The blue-eyed-soul master won for co-writing “What a Fool Believes” and was nominated for co-writing “Minute by Minute.” The Doobie Brothers, of which he was a member, popularized both songs. McDonald co-wrote the former with Kenny Loggins; the latter, the title song of the group’s then-current album, with Lester Abrams.

1979—Dino Fekaris & Freddie Perren: The pair was nominated for co-writing “I Will Survive,” the disco smash and instant anthem popularized by Gloria Gaynor, and “Reunited,” the tender ballad popularized by Peaches & Herb. Both singles reached No. 1 on the Hot 100. As noted above, “What a Fool Believes” won. Perren was the first Black songwriter to receive two song of the year nods in the same year. (Jackson and D’Mile were second and third, respectively.)

1971—Kris Kristofferson: The songwriter and future film star was nominated for the exquisite “Help Me Make It Through the Night,” popularized by Sammi Smith, and “Me and Bobby McGee,” popularized by Janis Joplin. Kristofferson teamed with Fred Foster to write the latter song. Carole King won for “You’ve Got a Friend.”