Biden must not let Cuba threaten the US 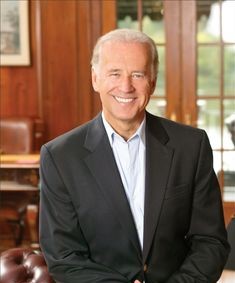 Protests are being held by the Cuban people against an authoritarian, brutal regime. The protests this month are the largest rejection of communist dictatorship’s rule over the island. This is a historic moment, and more importantly, it’s the right time for America and other nations to support Cubans who are rightfully demanding God-given freedoms and the end of dictatorships.

The Castro-Diaz Canel evil regime is trying to find a way out, even though its back is against the wall more than ever. And like trapped rats, its leaders are signaling a desperate return to their old playbook: encouraging mass migration to the United States Its leaders signal a desperate return of their old tactics: encouraging mass immigration to the United States. 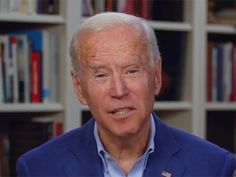 Instead, we see a communist regime that has nothing to lose and threatens to expel people from Cuba as “punishment.” In Cuba, however, the regime uses the lives of thousands of Cubans to blackmail them when they are in crisis. If sanctions are not lifted, it threatens to send 50,000 innocent Cubans on boats to America.

It puts at risk the lives of Cubans on a dangerous journey that has tragically claimed the lives of many people over the past six decades.

How can we be sure? This is because the communist regime did it twice before.

The regime launched an exodus balseros of rafters in 1994, and the Mariel boatlift was launched in 1980. Particularly with the latter, Fidel Castro, the dictator, was brutal in his efforts to clear Cuba’s prisons of those he called “undesirable”: alleged criminals and islanders suffering from mental illness.

This is the same criminal dictatorship that many Left-leaning parties insist on “normalizing” relations with. This regime is not normal.

We can’t allow Cuban dictatorship to continue to hold another human rights crisis above our heads. This threat must be addressed directly by President Joe Biden. His response has been slow and equivocal so far. He must be clear today that we will consider any encouragement of mass migration hostile to the Cuban people as well as the U.S. This cannot be tolerated.

There is no room for ambiguity. It should be prepared for a proportionate response to safeguard the lives of those Cubans if the Cuban dictatorship causes mass migration and puts lives at risk.

These events are putting lives at risk for thousands, and will also have direct consequences for residents of the United States. Foreign governments should be held accountable for encouraging these migrations if they are actively involved. It is unacceptable for a government to put a knife in the throats of its citizens and think it can get away with it. Biden must rise to the occasion to make this clear.

Cubans have suffered for years under the dictatorship of the Castro brothers and their puppet leader Miguel Diaz Canel. We understand why their struggle has led people to take to the open seas to reach America on makeshift rafts known as “balsas” in Spanish. However, this is not the case.