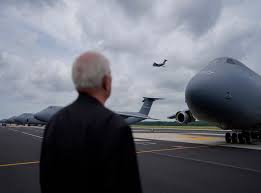 Here, mothers sank to the ground in grief while their children lifted their teddy bears in joy to see their daddy being carried away in a flag-covered container. Here is where the president stood, and generals saluted, as the cost of war was made clear. Here is where Chaplain David Sparks found the calling that he was looking for.

The minister said, “This is holy ground.”

For those who cared for the dead in battle, unzipped their bodies, put them in uniform, and held on to their families, the end of war is a sad moment. 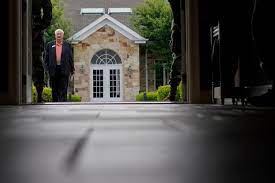 Dover Air Force Base is where almost all the Afghan war dead returned to America. It is so difficult to see the remains of war, many only did it for six months. Sparks was there when the war began and the first casualties arrived. This was after waves of bloodshed and is now two decades later.

His voice trembled in prayer as he sat in the C-17 carrying fallen soldiers. In the autopsy room, he could smell the death stench. He saw a father reach for his son and repeatedly call the Marine’s name. Little boys began to weep. He was cursed by his families, who held him close in gratitude.

The 74-year old says that “my heart has been torn so many times”, and “I can’t hardly count.”

Since 1955, Dover’s base housed a mortuary. It handled not only war victims but also terror attacks on bases and spacecraft disasters. Here were more than 20,000 Vietnam War dead.

Sparks was originally stationed on base as a chaplain in Air Force Reserves. He was responsible for the spiritual needs of the 436th Airlift Wing. He also organized Sunday school, talked through the problems of servicemembers at home, attended events and other ministering duties while still holding down a full-time pastor position in a small Nazarene Church.

After 21 years of service, he was now a lieutenant colonel. He began to consider his military retirement. September 11, 2001 was upon us. He was assigned to the mortuary where the Pentagon’s dead were being taken. His role was to provide comfort for those who had to identify, autopsy, and prepare the dead.