A relationship expert wants all couples to have this chat

For the vast majority of us, speaking about a break-up or a divorce is something we only really need to do if it’s completely unavoidable — and even then a lot of us shy away from confronting the larger problems.

After all, dwelling on what might occur if the relationship were to break down seems at odds with loving a happy partnership or marriage.

However, a new campaign from the Positive Parenting Alliance is requesting parents to do precisely that as a part of The Parents Promise.

This new initiative comes from study findings which show that nearly nine out of 10 couples have talked about how they would spend a lottery win, however only 5 percent say they have discussed possible parenting arrangements in case of a separation or divorce. 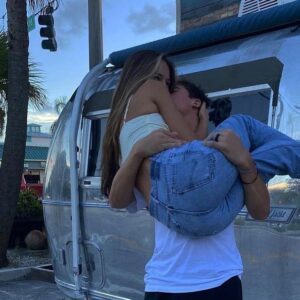 Around 280,000 children are affected by parental separation every year, both by cohabiting relationships that break down and marriages that end in divorce — with one in three of these cases end up in the relatives.

So, instead of put off speaking about structures before the time arrives (though most of us hope it does not ), opening up the discussion now suggests that if a relationship were to arrive at the point of break-up, there are already plans and understandings in place that have yet to be made amidst animosity and upset.

So, what is The Parents’ Promise?

‘It’s a commitment parents can make now while they’re still together about the way they will always put their children’s wellbeing if their connection breaks in the future. This is not about giving up on the connection, not functioning at it or stating breaking up is inevitable but about acknowledging a few relationships do regrettably split down and having a conversation about how you would consider the children’s needs if that were to occur,’ the website clarifies .

The intent is to promote dialogue and change the present culture about separation and divorce so that it is less adversarial.

The man behind the initiative,” James Hayhurst states:’It’s not surprising that many couples have not had a conversation about what could happen if they split up. But, for most, it is going to occur. The request is simple: open a dialog with your partner when you’re still in love – maybe not in the stage of a relationship breakdown — and also make a commitment together to place your child first, whatever happens.

‘In doing this, we hope to drive positive behavioural shift whereby tens of thousands of couples and their children, will be protected from the devastating, and often avoidable, affects of an adversarial split.’