A boy and a man have been stabbed to death in Doncaster town centre. 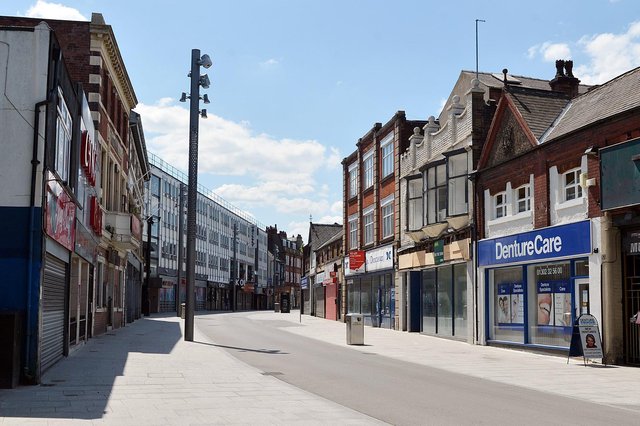 The teenager is still in hospital following the incident that took place on Silver Street, home to the majority of Doncaster’s late-night bars at 2.39am on a Saturday morning.

South Yorkshire Police said: “Police were called at 2.39am to reports that three people were stabbed in an altercation at a bar located in Silver Street.

“Officers arrived at the scene with the ambulance service. two of the suspects were transported to the hospital in an ambulance. One of them, aged 17 years old, passed away.

“An 18-year-old patient remains in hospital suffering from small injuries. In spite of the efforts made by the police and paramedics, another man aged 21 was also tragically pronounced dead on the spot.

“Officers have arrested an 17-year-old man this morning in connection with the incident, who remains in police custody.”

District commander for Doncaster the Chief Superintendent Ian Proffitt, said: “There is a greater presence of police officers within Doncaster town centre as we carry out our investigation. Police are still on the scene and are conducting additional patrols in the course of their investigations.

“We know incidents like this can be really worrying for local communities, so if you have any concerns, please do go and speak to our officers – they are there to help and support you.”

Detective Chief Inspector Mark Oughton, leading the investigation, said: “We are keen to learn from anyone who was in the town’s centre in the early morning hours who may have seen what transpired.

A police cordon is currently in place near the intersection that connects Silver Street, High Street, Hall Gate and Cleveland Street The cordon is likely to remain in place until the morning of tomorrow. The public is urged to remain vigilant in planning their travel routes in advance and to avoid the area whenever it is possible.