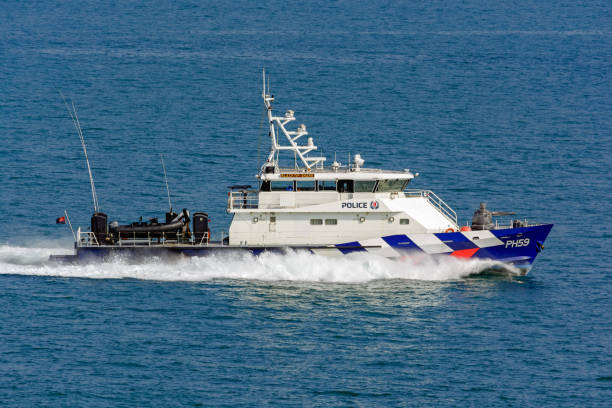 According to the Philippine Coast Guard, it had evacuated five Chinese and two Vietnamese ships last week from Marie Louise Bank in the vicinity of El Nido, Palawan.

Sunday’s statement by the PCG stated that its vessel, BRP Cabra, (MRRV-4499) on June 30, shooed away foreign vessels from the waters off Marie Louise Bank, West Philippine Sea.

The PCG vessel’s long-range acoustic device was used to challenge the seven vessels. This was done to assert the Philippines’ rights over its exclusive economic area. The radar and automatic identification systems of the PCG vessel allowed for earlier monitoring of Vietnamese and Chinese ships.

According to the PCG, Cabra, the vessel of the PCG, also checked the health of 34 Filipino fishermen aboard F/B Xiroxira (San Jose), Occidental Mindoro. This area was also being monitored.

The PCG stated that the Filipino fishermen claimed they were able to conduct normal fishing operations over the past two weeks, without any untoward events at sea.

He said, “That’s how it’s done; don’t telegraph any counter-punches; make West Philippine Sea a sea that intruders can’t get to,”